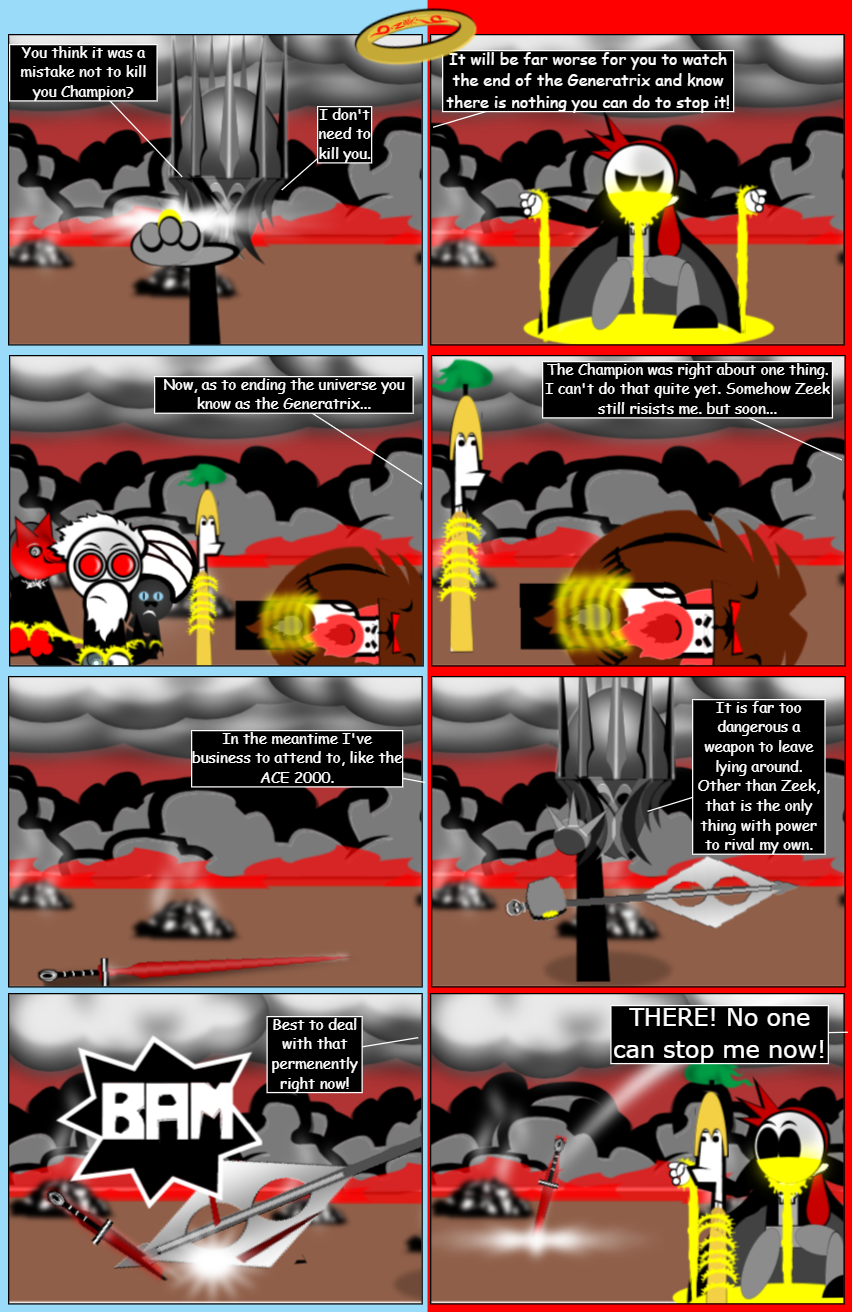 NeoChomik
now there's more of them to beat you!

El_Ceviche
Transcript: You think it was a mistake not to kill you Champion? I don't need to kill you It will be far worse for you to watch the end of the Generatrix and know there is nothing you can do to stop it! Now, as to ending the universe you know as the Generatrix… The Champion was right about one thing. I can't do that quite yet. Somehow Zeek still risists me. but soon… In the meantime I've business to attend to, like the ACE 2000. It is far too dangerous a weapon to leave lying around. Other than Zeek, that is the only thing with power to rival my own. Best to deal with that permenently right now! THERE! No one can stop me now!