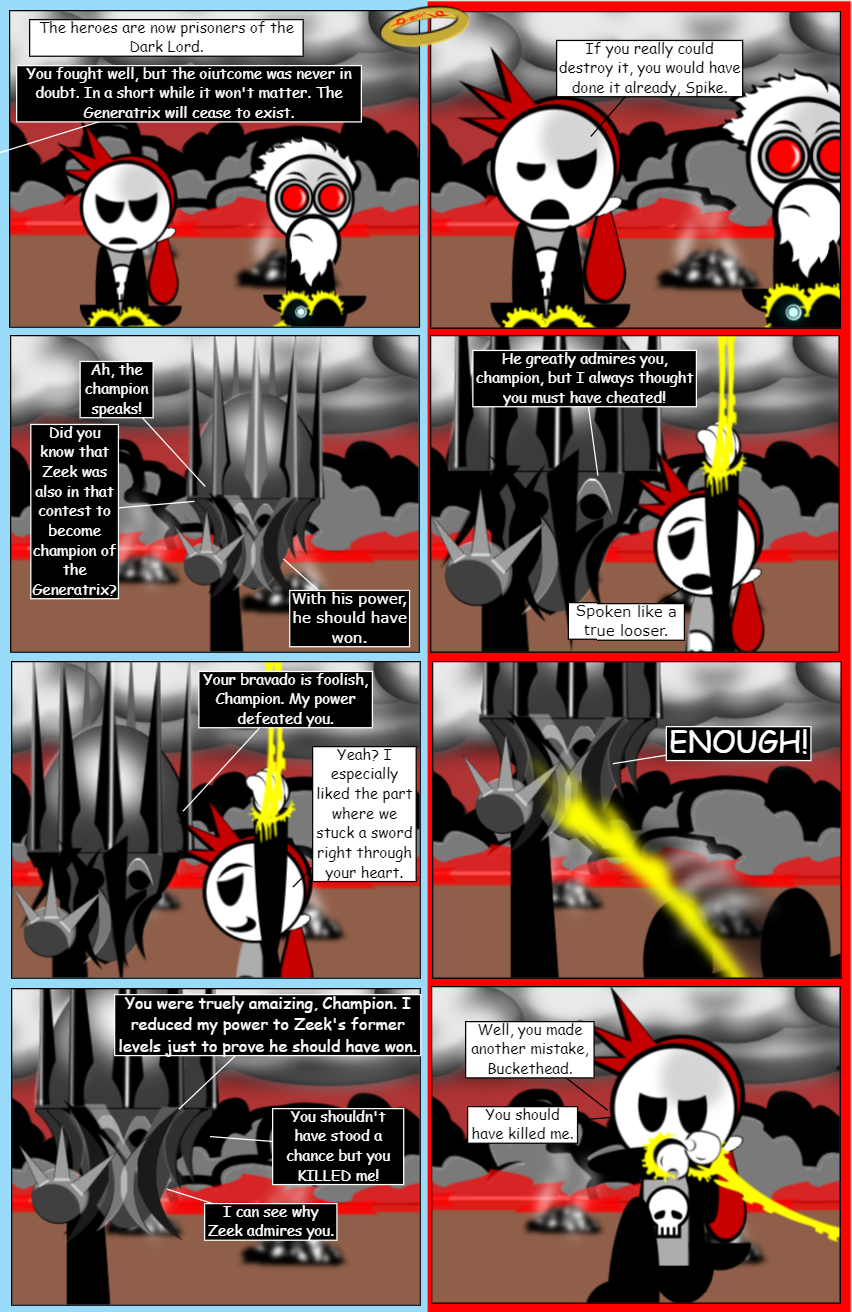 Now we find out why DL is interested in Rudevald.

NeoChomik
Ayup. That's the Rude i know! Talking smack in the face of Death.

Mark Burkhart
and then he did die...different story Pern

Pen_alias
Ye should have killed me, watched the last mean sigh Sneak through my nostril like a fugitive slave Slinking from bondage. ~The League of Frightened Men

El_Ceviche
Transcript: The heroes are now prisoners of the Dark Lord. You fought well, but the oiutcome was never in doubt. In a short while it won't matter. The Generatrix will cease to exist. If you really could destroy it, you would have done it already, Spike. Ah, the champion speaks! Did you know that Zeek was also in that contest to become champion of the Generatrix? With his power, he should have won. He greatly admires you, champion, but I always thought you must have cheated! Spoken like a true looser. Your bravado is foolish, Champion. My power defeated you. Yeah? I especially liked the part where we stuck a sword right through your heart. ENOUGH! You were truely amaizing, Champion. I reduced my power to Zeek's former levels just to prove he should have won. You shouldn't have stood a chance but you KILLED me! I can see why Zeek admires you. Well, you made another mistake, Buckethead. You should have killed me.