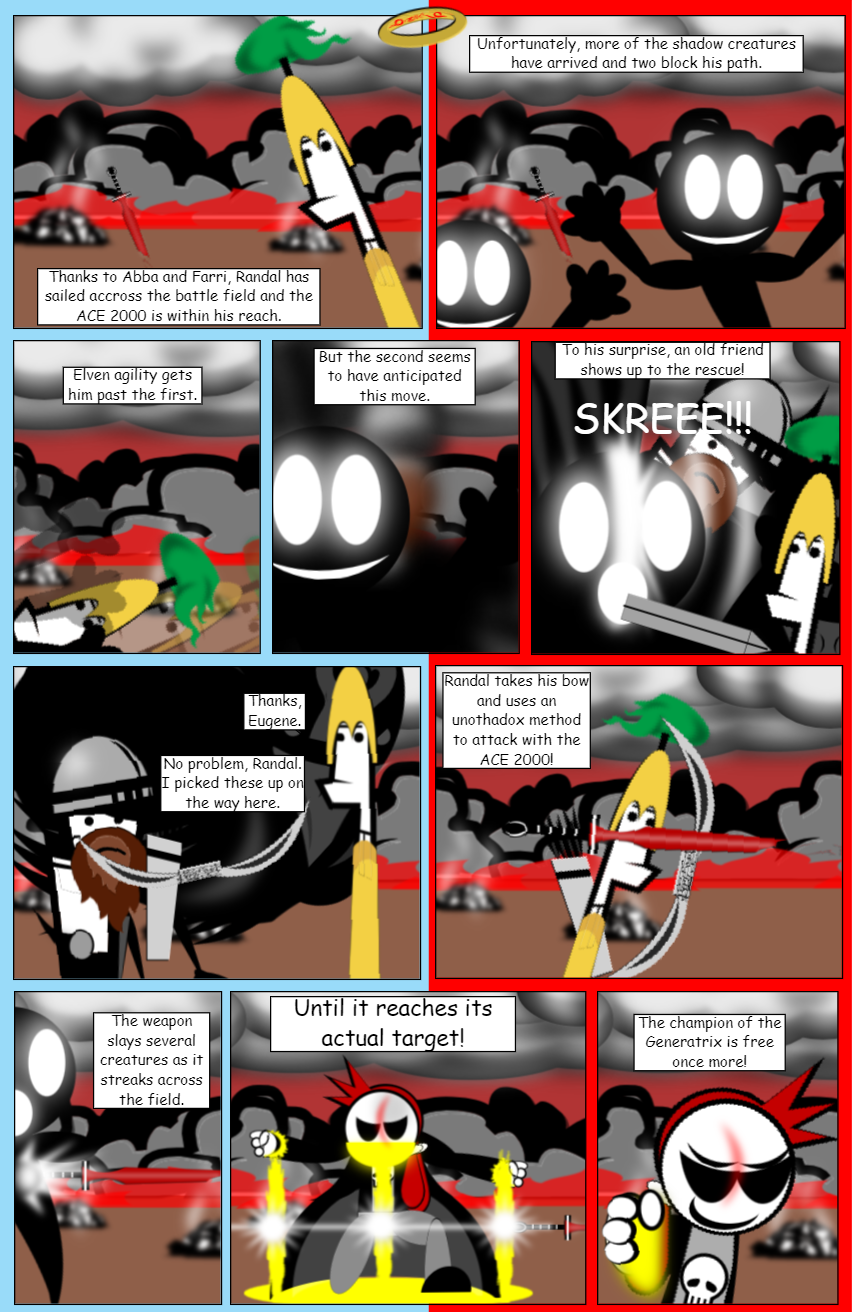 El_Ceviche
Thanks to Abba and Farri, Randal has sailed accross the battle field and the ACE 2000 is within his reach. Unfortunately, more of the shadow creatures have arrived and two block his path. Elven agility gets him past the first. But the second seems to have anticipated this move. To his surprise, an old friend shows up to the rescue! SKREEE!!! Thanks, Eugene. No problem, Randal. I picked these up on the way here. Randal takes his bow and uses an unothadox method to attack with the ACE 2000! The weapon slays several creatures as it streaks across the field. Until it reaches its actual target! The champion of the Generatrix is free once more!