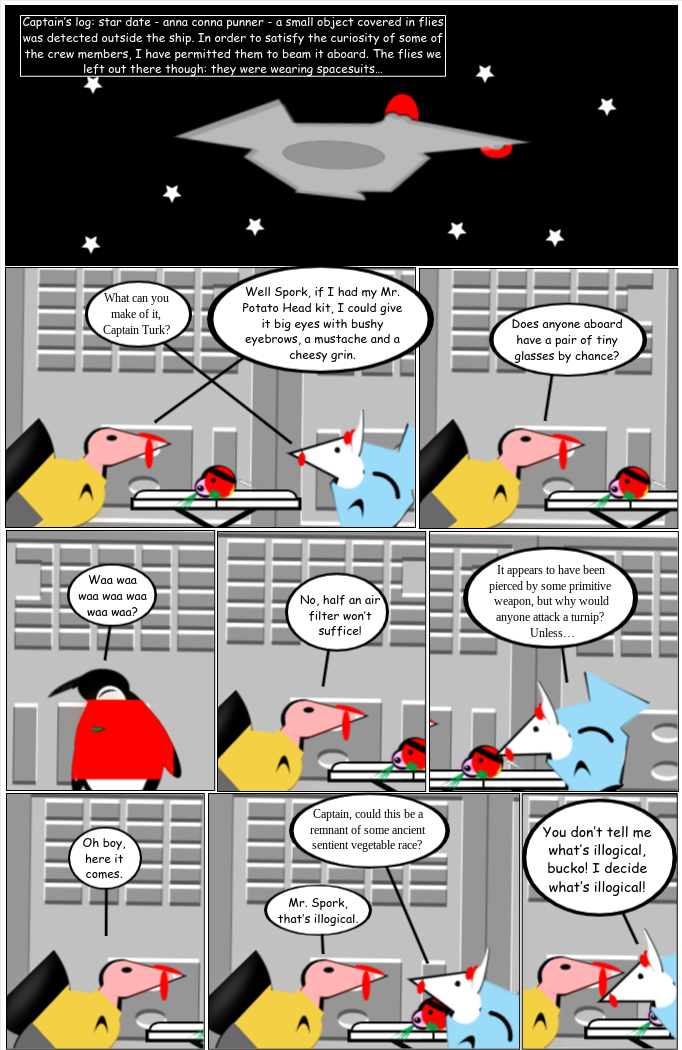 NeoChomik
When the illogical one tells you something's illogical, they are asking for things to go down

Mark Burkhart
Listen to the penguin

Pen_alias
Transcript: Captain’s log: star date - anna conna punner - a small object covered in flies was detected outside the ship. In order to satisfy the curiosity of some of the crew members, I have permitted them to beam it aboard. The flies we left out there though: they were wearing spacesuits… What can you make of it, Captain Turk? Well Spork, if I had my Mr. Potato Head kit, I could give it big eyes with bushy eyebrows, a mustache and a cheesy grin. Does anyone aboard have a pair of tiny glasses by chance? No, half an air filter won’t suffice! It appears to have been pierced by some primitive weapon, but why would anyone attack a turnip? Unless… Oh boy, here it comes. Captain, could this be a remnant of some ancient sentient vegetable race? Mr. Spork, that’s illogical. You don’t tell me what’s illogical, bucko! I decide what’s illogical!