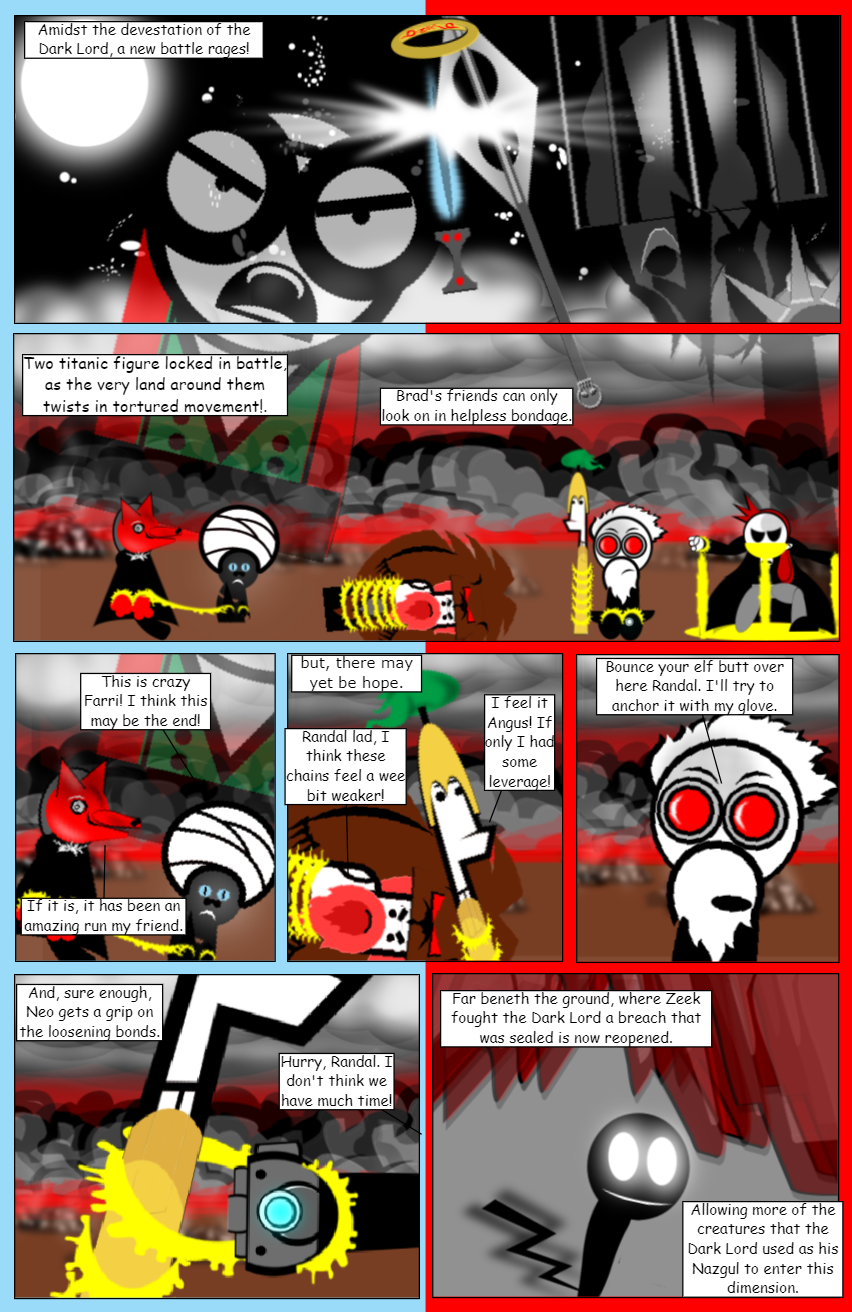 El_Ceviche
Don't worry bro. All the characters have a part to play.

Mark Burkhart
Sadly that and talk shows are their thing.

Mark Burkhart
My guys are still waiting to fall on someone...

El_Ceviche
It is Ironic that that world ended before I could finish this story about trying to save it. It is turning out to be a better story though.

NeoChomik
well it is the end of the world.

Mark Burkhart
Just let one of my guys free and they can fall on the guy!

El_Ceviche
Transcript: Amidst the devestation of the Dark Lord, a new battle rages! Two titanic figure locked in battle, as the very land around them twists in tortured movement!. Brad's friends can only look on in helpless bondage. This is crazy Farri! I think this may be the end! If it is, it has been an amazing run my friend. but, there may yet be hope. Randal lad, I think these chains feel a wee bit weaker! I feel it Angus! If only I had some leverage Bounce your elf butt over here Randal. I'll try to anchor it with my glove. And, sure enough, Neo gets a grip on the loosening bonds. Hurry, Randal. I don't think we have much time! Far beneth the ground, where Zeek fought the Dark Lord a breach that was sealed is now reopened. Allowing more of the creatures that the Dark Lord used as his Nazgul to enter this dimension.